Going on in the first chapter of John, we’re going to get through a few more verses! Starting in verse 2.

All things were made through Him, and apart from Him nothing was made that has come into being.

This verse, and all this talk about “in the beginning,” brings my mind back to Genesis. In chapter 1, verse 1, it says.

In the beginning God created the heavens and the earth.

“God created the heavens and the earth.”

It’s not hard to figure out what this means- In the beginning, God was there- all three. The Father, the Son, and the Spirit. If you only had the Old Testament, you might miss that. But in John, he explicitly tells us that the Son was also there.

The Son did not begin to exist when he was conceived in Mary.

The Son was in the beginning with God.

And even more, by him all things were created.

Apart from him nothing was made that has been made.

And how did He create? He spoke.

What did he speak?

God speaks, and things are. God spoke, and those words created. Through God’s words, everything was created. Christ is the Son, and He is the Word, and when God spoke, everything that has been made was made.

If God did not speak, it would not be. With no Word, it does not exist.

God’s words are our life, in fact, the next verse says this.

In Him was life, and the life was the light of men.

God’s words are our life. Christ, the Word, is our life.

Later in this story, when tempted by the devil, Jesus will answer,

“Man does not live by bread alone, but by every word that proceeds from the mouth of God.”

His words are our life, and everything that is, that lives and breaths and has being, is because his words made them that way. 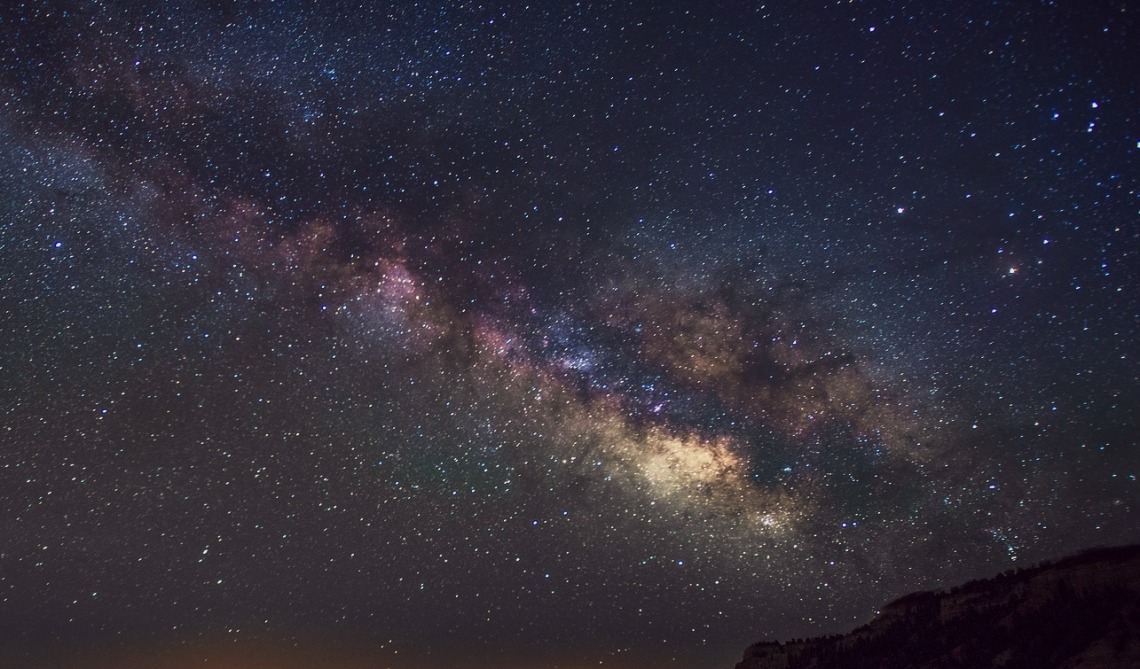 You exist, you are, because of His words. He spoke you into being. You were created through Christ. It says so, right there.

“Apart from Him, nothing was made that has come into being.”

I know, you were conceived through a man and a woman, or perhaps a doctor and a test tube, but you were not an accident, however unwilling your mother was to carry you. You were explicitly created, lovingly fashioned by the words of God. By Christ.

In Psalms it says

“You formed my inward parts; you knitted me together in my mother’s womb… Your eyes saw my unformed substance; in your book were written, every one of them, the days that were ordained for me, when as yet there were none of them.”

The book of Job says,

The Spirit of God has made me, and the breath of the Almighty gives me life…” and later, “You clothed me with skin and flesh, you knit me together with bones and sinews. You granted me life…”

In Ephesians it says we are his workmanship. In Jeremiah, the Word of God reminds the prophet that he was known before he was created in the womb. And by proxy, He reminds all of us of this.

This God that we want to know- He is eternal, and far beyond our understanding. He has existed from the beginning. . But He is the one who made us, from our beginning. And he knows us, and He loves us. This is why we go after Him. We seek to know the One who knows us. We go after the one who loved us. And when we find him, He is so wonderful we can’t help but love Him in return.

Let’s read these verses in another translation, and let them swirl around us and seep down into our souls.

Before time itself was measured, the Voice was speaking.

The Voice was and is God.

This celestial Word remained ever present with the Creator;

His speech shaped the entire cosmos.

Immersed in the practice of creating,

all things that exist were birthed in Him.