Before we go any farther, I want you to know that this John, the Baptist, is not the same John that the book is named for. I know, it’s confusing. So many biblical names are hard to pronounce, or similar to other names. But the writer of the book of John is John, one of Jesus’ disciples, or followers. He’s going to come into the story in a little bit, but so far he’s been talking about a different John. The one we call John the Baptist. Let’s keep going, because John the Baptist has a little more to say about Jesus before the story shifts to Jesus himself for the rest of the time.

The next day he (John) saw Jesus coming toward him, and said, “Behold, the Lamb of God, who takes away the sin of the world! This is he of whom I said, ‘After me comes a man who ranks before me, because he was before me.’ I myself did not know him, but for this purpose I came baptizing with water, that he might be revealed to Israel.” And John bore witness: “I saw the Spirit descend from heaven like a dove, and it remained on him. I myself did not know him, but he who sent me to baptize with water said to me, ‘He on whom you see the Spirit descend and remain, this is he who baptizes with the Holy Spirit.’ And I have seen and have borne witness that this is the Son of God.”

Here John is talking to some of his followers. Back then, there were few books and no internet, and if you had the desire, and the time, and the resources to learn, you would find a person you considered wise, and go to them and ask to learn from them, or be their student. Like an apprentice. The word for this student was disciple. And the word for teacher was Rabbi. There’s a lot more to know about that, but that’s enough for now. 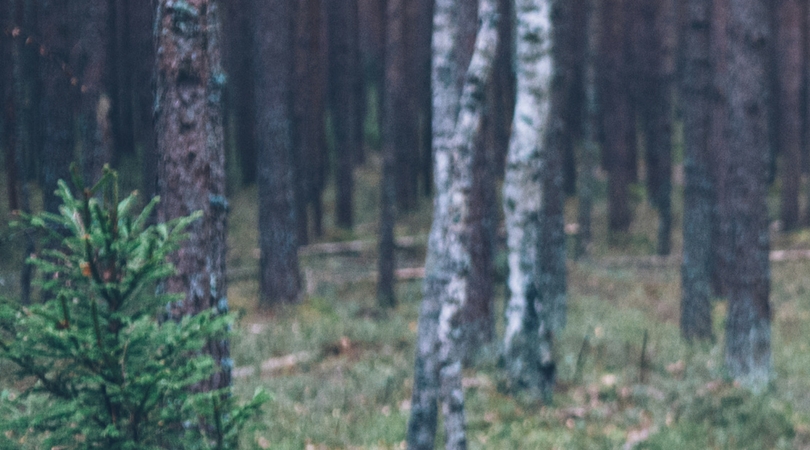 And here he talks more about this Spirit. How he saw the Spirit descend like dove onto Jesus, and remain on him. And also, how “He who sent me to baptize…” Who was this “He?” God, and probably through the Spirit.

So much here about the Spirit of God, the invisible, mysterious, confusing, beautiful person of the Trinity, who descends like a dove.

And even more- that Jesus will baptize with the Spirit. What does this even mean? How can you wash with the spirit? Or be immersed in the Spirit?

Who is this Spirit?

Let me tell you what I know of Him.

The Spirit of God is the still, small voice that leads you to the Lord. Many people call it their conscience, but it is not only that.

The Spirit of God is a distinct person from you. He has his own voice, His own knowledge, His own will.

Before you are a child of God, the Spirit does interact with you some. He leads you to God. And I have heard of people being protected and encouraged by the Spirit even before they knew who He was.

But once you have turned to Christ, and submitted your heart to Him as Lord of it, the Spirit is so much more. The Bible tells us that one who has been washed from the sins and become a child of God is marked with the seal of the Holy Spirit, as a deposit. Every believer has the Holy Spirit. He is her constant companion, and He is the presence of the Lord to her, as well. He reveals the Lord and his will to us, just as he did for John. He told John to baptize- and He told John who the Christ was. He does the same thing for us.

In my own life, my relationship with the Spirit began with long walks in the woods. I remember thinking of bible stories where people heard from God, and asking Him if I could hear him, too. The voice I heard in response was not  booming voice from the clouds, but instead, I can only describe it as bubbling up responses to my questions, within my own thoughts, but that answered my thoughts. Sometimes, it would be a Scripture quotation, but other times I heard distinct, first person answers to things I asked of the Lord.

I asked my pastor at that time, if that was normal. If everyone could hear the Lord like this. He answered me very diplomatically, by saying that there must be some, for many love the old hymn, “In the Garden.”

“I come to the garden alone,

While the dew is still on the roses,

And the voice I hear, falling on my ear,

The Son of God discloses…

And He tells me I am His own,

And the joy we share as we tarry there,

None other has ever known. “

Even the end of that hymn suggests the same question I had- Do others hear this voice? It is rarely spoken of. It’s such an intimate, personal thing, this conversation with God. I think we hesitate to speak of it because it seems prideful to suggest that we can personally hear the voice of the Lord. It also seems, from a worldly point of view, crazy. Like some split personality thing or something.

And so over the years I have shut out the voice in doubt or confusion, or I have cultivated it in times of distress and need. Sometimes people have encouraged me in it, and sometimes I have been taught that it is imaginary, or even evil.

For most of my life, I have been quiet about it except among those who I know also embrace it.

But I am writing about it now because the Spirit himself has told me to. In the past, I have been afraid of rejection, especially from other believers that I think will condemn me as a heretic, or as a fool.

But I believe the Spirit wants to speak to His people, and I’m writing to you, now, beloved, to say that He wants you to hear Him. I know now what it sounds like, I know it to be true what it says in John 10, that…

“My sheep hear my voice, and I know them, and they follow me…”

Hearing the Voice of the Lord through the Spirit is the single most rewarding, beautiful part of Christianity to me, and I feel actual sorrow for the believers who reject this experience and blessing. I see so many believers who lovingly run to the fountain of salvation, but shy away from this intimate, powerful, actual experiential way of knowing the Lord. I believe that embracing the Spirit of the Lord is the only way to see true abundant life, as Jesus promised, and that by quenching the spirit, by holding your hands up in fear of this strange, mysterious spiritual experience, you deny yourself the inheritance that the Lord has promised you and live as though you had no living God at all, only a written history of what he used to do for other people.

This is strong language, but I have been in so many groups of Christians- and I tell you, it breaks my heart to see people who say they are believers but they miss this most wonderful blessing that comes from believing.

And so I give you my testimony- that I love the voice of the Lord, and I wish for you to know it and be blessed by it, too. And if you have any doubts or hesitations, I ask you to consider this verse, and to take its advice.

“This is what the Lord says, he who made the earth, the Lord who formed it and established it—the Lord is his name: ‘Call to me and I will answer you and tell you great and unsearchable things you do not know.”

I have much love and affection for you as you seek the Lord in this matter, and I know He will be faithful to answer you.